Today we talk about Cyberbullying, a danger or threat unknown to some parents that children tend to suffer more and more nowadays. Cyberbullying is increasing due to new technologies and how children use it with no control.

Don’t get it wrong, new technologies aren’t to blame, but how we use it. Before giving a smartphone or tablet to our kids, we have to show and teach them there are some rules they have to follow. It is our duty and responsibility as parents to get involved in our children’s education and make sure they make good use of technology.

The correct way to define it would be:

’The use of electronic communication to bully a person, typically by sending messages of an intimidating or threatening nature’.

Therefore, we can say we are facing a cyberbullying case when someone makes a psychological attack on someone, tormenting, threatening or humiliating or molesting someone using the internet, smartphones or any other connected device to the net, in most cases using social media.

Cyberbullying shouldn’t be confused with harassment or sexual abuse cases which are considered sexting.
Or the case in which adults impersonate a minor to trick a teenanger or kid with sexual purposes, this is considered internet grooming.

What type of cyberbullying are there?

These are just some ways and examples, but they are not the only ones, there are as many was as the the cyberbullies can imaging. 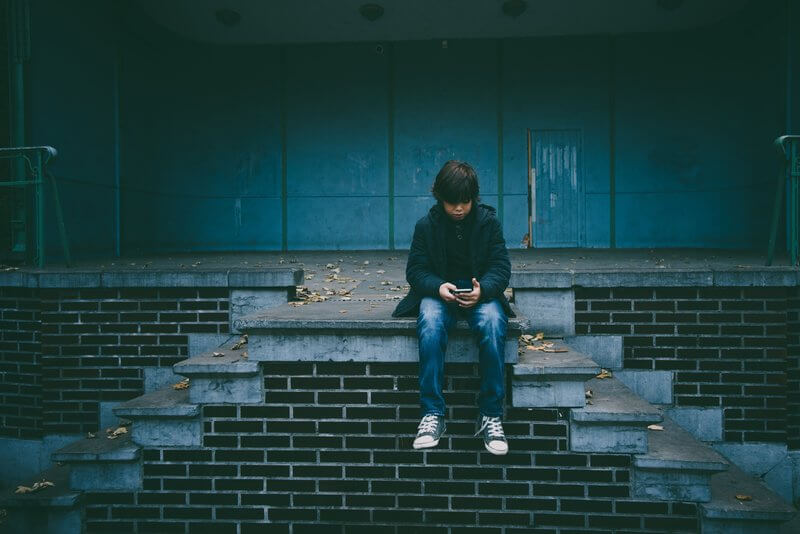 How can we prevent Cyberbullying?

First thing is to establish dialogue with children, explain to them what cyberbullying is and what they have to do in case they are victims of it or if they know someone who is suffering from it. Besides, we can teach our children and students some ways to fight Cyberbullying:

And of course don’t forget there are some services children cannot use if they are under a specific age. For instance social media such as Facebook or WhatsApp set a minimum age to use their services. To avoid their use, we have to talk with our kids so they understand it and, obviously, take advantage of parental controls such as SecureKids to protect minors in case they use smartphones or tablets. SecureKids can block these apps as explained here on this article ’How to block apps with SecureKids’ or avoid and block their access with the web control. But…what do we do if we detect a cyberbullying case?

When we detect a cyberbullying case, we have to report it to the authorities as it is considered a crime. Even though the cyberbullies are underage and they don’t go to jail, they have to be reported and learn their actions have a consequence. There are phone numbers available to report this cyberbullying cases, in Spain the Ministry of Education has made available this phone number 900 018 018 to citizens.

There are also phone numbers you can call and get information on cyberbullying as we explained in our article Segura 4 Kids .

Anyway, we are also here to assist you in case you need help. You only have to get in touch.

All together we can make the net a safer place, so the little ones can make the most out of the new technologies in a safe environment!

This website uses cookies to improve your experience while you navigate through the website. Out of these, the cookies that are categorized as necessary are stored on your browser as they are essential for the working of basic functionalities of the website. We also use third-party cookies that help us analyze and understand how you use this website. These cookies will be stored in your browser only with your consent. You also have the option to opt-out of these cookies. But opting out of some of these cookies may affect your browsing experience.
Necessary Siempre activado
Necessary cookies are absolutely essential for the website to function properly. This category only includes cookies that ensures basic functionalities and security features of the website. These cookies do not store any personal information.
Non-necessary
Any cookies that may not be particularly necessary for the website to function and is used specifically to collect user personal data via analytics, ads, other embedded contents are termed as non-necessary cookies. It is mandatory to procure user consent prior to running these cookies on your website.
GUARDAR Y ACEPTAR
Go to mobile version
%d bloggers like this: