Over time, mobile phone brands have evolved, some of them have grown considerably, others did not have such luck and have fallen. It is common that many companies that did very well in the past have failed to adapt itself to the new market and events, so their popularity sunk.

A good example of this could be Nokia, the one that was the market leader more than a decade ago, but not any longer nowadays, as its popularity has been decreasing year after year. Although in recent years, it has made the effort to be back as the market leader releasing new and competitive smarphones and mobile devices such as Nokia 2.2 o el 3.1 Plus.

It wasn’t until 1984 when Nokia released the first considered mobile phone, the Mobira Talkman which weighted just 5 kilograms, and offered a couple of hours of autonomy.

It was 5 years later when Nokia released to the market a new phone known as the brick phone, Mobira Cityman, such nickname was given to it due to its similarities in shape to a brick. This model was lighter than its predecessor, it weighted only 800 grams. This model was highly priced when it came out, but it became the favorite phone among people working on Wall Street, you can check this in any movies from that period. 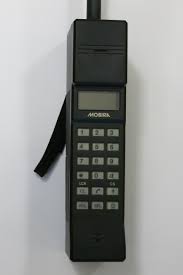 It was in the 90s when Nokia became the market leader thanks to its spectacular technological evolution, development and growth. So much that by the end of the decade, in 1999, Nokia released the model 3210, with an affordable price, democratizing the use of mobile phones worldwide.

Later, Nokia would launch what would ultimately be considered the most undestructible mobile phone in the market, the model 3310. Most known thanks its durability. Nokia declared a total of 126 millions of units sold worldwide. 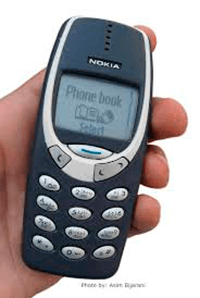 Fall of the Giant

With the irruption of the first smartphones in the market around 2007, it started a revolution in the mobile phone market that many companies and enterprises did not see or know how to properly adapt their products. The revolution came to stay and Nokia failed to adapt its products to the new market.

Proof of this is the fact that Nokia was in the top 5 most valued companies until 2009 and was the leader market in mobile phones until 2013, year in which the use of smartphones was democritized and the maket dominated later by companies such as Apple or Samsung.

Currently, Nokia is trying to become what it once was, a giant in the market, and despite several unsuccesfull attempts, a venture with Microsoft and the sale of the mobile phone division, the latest devices launched to the market are a clear example of the path they are taking, growing and adapting themselves to the new circumstances of the market. A clear example of this is the fact that it finally uses Android as their OS (Operating system) in their latest and most up-to-date products, leaving far behind those experiments carried out on their Lumia devices, which used Windows Phone as OS.